Donate
with help from you
we make dreams come true 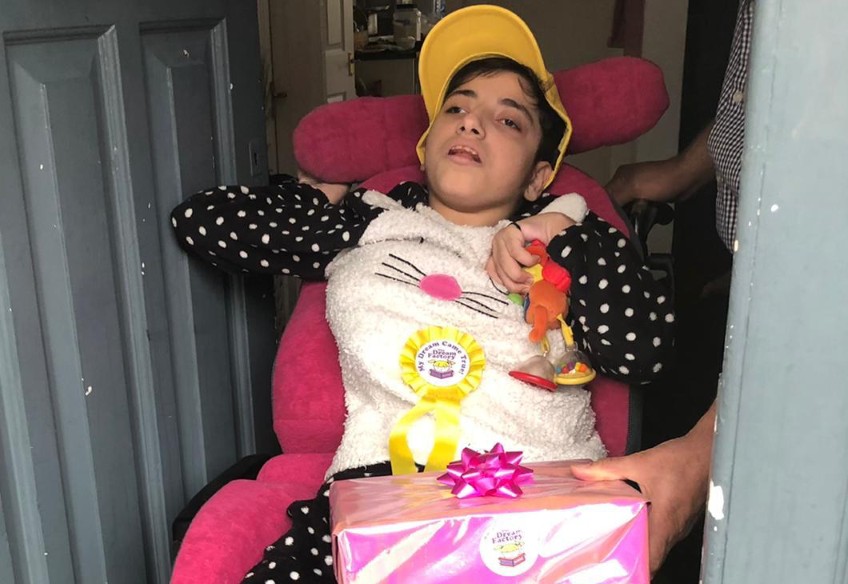 Amal was born in Syria and during the birth she became hypoxia which caused severe brain damage. This resulted in her being diagnosed with bilateral spastic cerebral palsy with severe neuromuscular scoliosis and fixed flex ion deformity of both lower limbs. Amal has also been diagnosed with epilepsy.

In 2019 Amal had scoliosis correction done due to severe deformity of her spine she was in a lot of pain. Post surgery she has been unable to go to school which is why her dream for a iPad is so important and special as it keeps her entertained whilst she is at home.

We would like to thank Hardsoft Computers who kindly donated Amal’s iPad.

Amal we hope your iPad keeps you entertained during your time at home you are a real inspiration.