We still urgently need your help!  Last week we asked all our supporters to share our post on your timelines in the hope that we can reach the amazing Ant and Dec. Sadly we still haven’t reached them and 24 year-old Stacey so deserves her dream.

Please be kind enough to share this beautiful post to all your friends and family and help Stacey from Cambridgeshire get a message to her idols Ant & Dec!

Stacey sadly lost her Mum to cancer, a battle she to has had to face herself at the young age of 24. Please take the time to read Stacey’s heartfelt journey with cancer and share her story. If anyone deserves to have their dream granted its Stacey. ♥️ 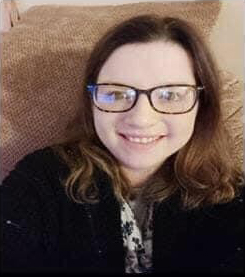 At the beginning of the year 2019 I had so much to look forward to. Everything was on the up in life and I had my first holiday abroad booked with my best friend, so I was super excited. I had subtle signs of Breast Cancer at the beginning of the year, such as discharge, but I wasn’t aware that was one of the signs and just put it down to a change in hormones. A week after I came back from my holiday, I was just going about my day when I noticed a sharp pain in my left breast that wouldn’t go away and that was the point where I knew there was something more to this, so I did a check, which is when I felt the lump.

I contacted my doctor’s surgery and they got me to see a doctor straight away to get this checked out properly. The doctor initially thought that it was an abscess, due to me having discharge, and prescribed me antibiotics. They still referred me to my local hospital to have some more tests done, as I have family members that have also experienced Breast Cancer, including my mum who sadly lost her battle with hers.

I didn’t think any more about it and went along and had the tests done and they scheduled me an appointment to go back to receive the results in two weeks’ time, which is when I was diagnosed with Cancer and a week later they told me that I had the beginnings of cancer in my right breast as well. The only way to treat this successfully was to have a double mastectomy.

There were quite a few hurdles that I had to overcome through this journey, many of which were mental ones and trying to get my head around the fact that I was having to face Cancer again, as this was not the first time, as I had Leukaemia as a child.

After I had recovered from the surgery and was back on my feet, I decided there and then that I wanted to raise as much money as possible for the charity Breast Cancer Now, as I wanted to give something back to them. Their information booklets helped me so much in understanding everything and I want to help them to be able to fund their life saving research, so that they are able to help others who are diagnosed with this horrible disease and hopefully one day be able to find a cure, so that no one has to suffer anymore.

‘Bust a Move to Save Boobs’

I decided to hold a fundraising disco; Bust a Move to Save Boobs within my local community, which included a raffle and a buffet, as I love to dance and to help to raise as much money as possible for this charity. The aim of this event was to also raise as much awareness of this disease as possible and the importance of carrying out regular checks on your breasts and to make people aware, that although it’s rare, younger people can get diagnosed with this disease too. This took a lot of planning and I would say that the toughest part of organising the event was trying to get raffle prizes and making sure that everything that was needed to run the event turned up on time, but all the hard work was well worth it, as to see so many people come out and support me and the charities was incredible and raising £1786.50 on the night alone was amazing. I can’t thank the charity enough for all the support they have given me throughout this whole process and the people who helped me to make the fundraising night such a success as well as the amazing people who made donations and to everyone who donated a raffle prize.

I would love to have a video call with Ant and Dec as they have been my celebrity idols ever since I was a child and I love watching them on the tv, on shows such as Biker Grove, I’m a Celebrity, Saturday Night Takeaway, and Britain’s got Talent, and it is a dream of mine to speak to them in person, as it’s at the top of my bucket list and I would love to be able to cross it off.

Let’s help Stacey get a her dream of a video call from the brilliant Ant & Dec by sharing this post to everyone you know. 🥰