Help the Hainault charity get to its 500th dream 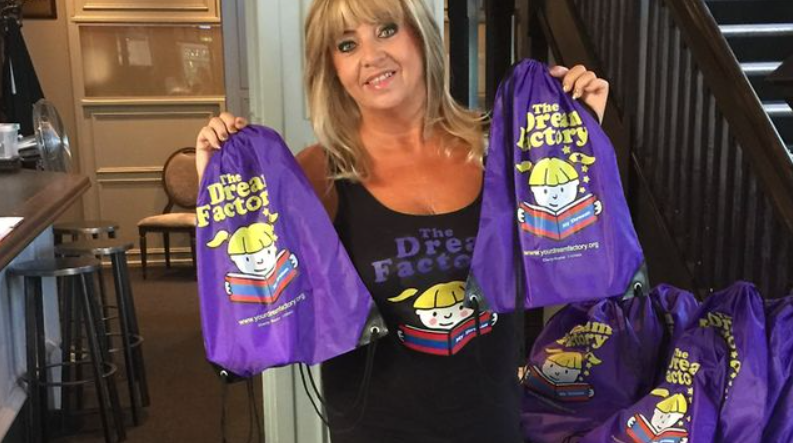 Five hundred dreams in 12 years. That’s the number of wishes Hainault charity The Dream Factory hopes to grant by the end of this year. Founded in 2008 by Avril Mills BEM, the charity aims to make dreams a reality for those with life-threatening or life-limiting conditions. As with many industries, coronavirus has ravaged the charity sector, with the survival of many organisations dependent upon being able to operate in a way made impossible by the pandemic. It’s clearly important that every charity survives — society has rarely needed them more. The reasons for wanting The Dream Factory to last go beyond that. Avril’s charity is a memorial to her son Oliver, who died from leukaemia aged nine. Its survival is as personal as it gets. The Recorder caught up with Avril soon after the charity granted its latest dream, a wedding picnic for Andrew, a terminally-ill 23-year-old who got married in a Cambridge hospital last week.  Avril explains how this happened: “We put a plea out on Facebook for a dream wedding picnic. Within the hour we had it sponsored as help came flooding in. How amazing is that!” She beams as she describes how the Hershey wedding cake was brought to Andrew’s hospital bed by the mother of Jacob Tompkins, a little boy whose Disneyland dream is set to be granted as soon as it’s safe to do so. People’s generosity never fails to surprise Avril, though underneath rests an uncomfortable truth: because of a lack of funding, The Dream Factory can currently only grant end of life dreams, or those which are sponsored. This doesn’t sit easy with Avril, who is all too aware of the 50 dreams sitting on file, waiting to be granted. The Dream Factory has suffered a double whammy; it isn’t eligible for the government’s £750million charity fund, and all its fundraising streams have been cut off.  With each dream costing between £500 and £3,000 to grant, the money simply isn’t there.   “We had a budget of spending at least £7,500 a month. But now with hardly any funds coming in we need to get every dream sponsored or we just can’t carry on. “At the moment we are just treading water. We have had all our big fundraisers postponed, including two major golf days and a high-profile garden party that we were having in June.”   The charity isn’t eligible for government funding due to not being deemed “essential”; however, ask Andrew, or any of the other 400-plus people whose dreams have been granted — they’re likely to take a different view. So is Katie, the next person set to have her dream made a reality.  The 18-year-old was placed into a medically-induced coma after being diagnosed with acute renal failure following a bone marrow transplant.  Now recovering, The Dream Factory is working to give her a day of luxury.  The Marriot County Hall hotel will be hosting Katie and her guest for dinner and a special breakfast; Avril says the dream — complete with trips to the Shard and Selfridges — is expected to cost around £1,600.  After Katie’s dream, provisionally scheduled for the end of this month, The Dream Factory will find itself at a crossroads. Avril is frustrated; there is plenty she and her colleagues could be doing, but they’re stuck.  For its part, the charity is trying to mitigate losses of around £80,000 as much as possible, so that whatever funds remain available are dedicated exclusively to making dreams come true.  Avril is on furlough part-time; the charity’s dream co-ordinator is going back on furlough from August 8.  The only person not doing so is the part-time office administrator, for the sole reason that her start date renders her ineligible.  But for the fact that the charity’s offices were donated by SES Services way back in 2008, its founder is certain it would be in even greater danger. Avril has made this her life’s work since Oliver’s death, with her efforts recognised by way of being awarded a British Empire Medal for services to children and young adults.  Oliver, who would now be 30, is no doubt watching with pride as his mum works towards that elusive 500th dream. To help The Dream Factory get there, become a regular donor by visiting yourdreamfactory.org/.
PrevPreviousHornchurch teens to help The Dream Factory
NextDream Factory charity dream granted with car donationNext