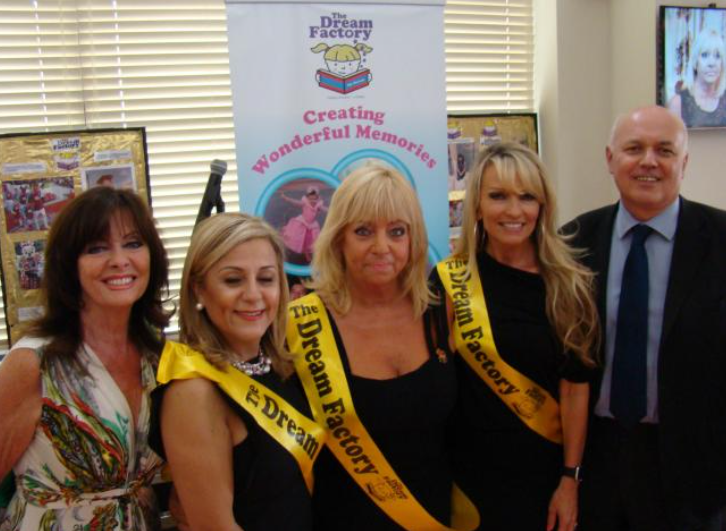 Staff at a restaurant have raised £1,300 to grant the wishes of terminally ill children.

La Sala in Chigwell Road, Woodford Green, hosted a lunch to raise money for children’s charity, The Dream Factory, which was set up in 2008 by Epping resident Avril Mills.
The lunch, which was attended by two of the charity’s patrons, Work and Pensions Secretary and local MP Iain Duncan Smith and Vicki Michelle, also consisted of a raffle and auction of a bottle of House of Commons whisky signed by Prime Minister David Cameron and Mr Duncan Smith which raised £700.  Ms Mills said: “It was a fabulous lunch. “La Sala had approached The Dream Factory to see if we would like to put on an event and I thought we would do something we had not done before – a lunch with Iain Duncan Smith. “I would like to say thank you to everyone who supported the event.”​
PrevPreviousCockney Night Raises £6,400
NextChristmas Draw in Epping High StreetNext