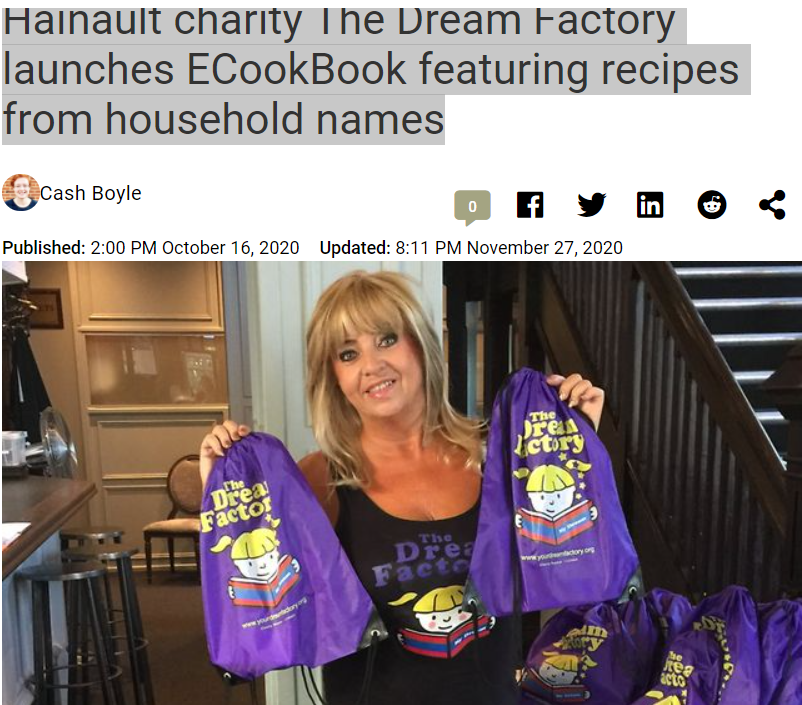 Hainault charity The Dream Factory has launched an E-CookBook featuring recipes from some of the UK’s biggest household names. Amongst the 46 selections are 19 favourites picked out by celebrities such as Harry Redknapp — with his infamous Jam Roly Poly — Mediterranean Lamb from Judge Rinder, and a Rib of Roast Beef by Ray Winstone   All proceeds will go to the charity, which specialises in making the dreams of those with life-threatening or life-limiting conditions come true. With the likes of Ronnie O’Sullivan, Maisie Smith, Kevin Nolan and Patsy Palmer also amongst the contributors, charity founder Avril Mills BEM is grateful to “everyone who has helped to bring this fabulous E-CookBook to life”.  Also included is a recipe for spaghetti bolognese, the favourite of Avril’s late son Oliver, whose premature death from leukaemia at age nine drove Avril to start her charity. Purchase for a minimum donation of £10 by visiting yourdreamfactory.org/cookbook.
PrevPreviousTreasure Trail helps make Phoebe’s dream come true
NextHainault charity sets up Advent fundraiserNext