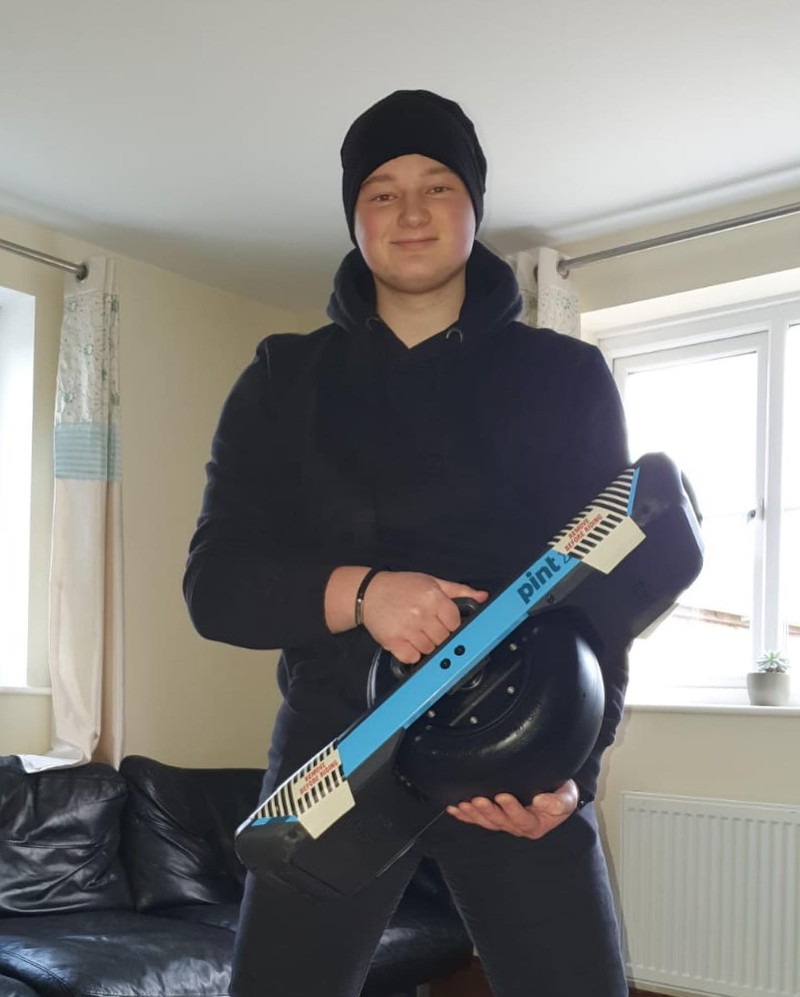 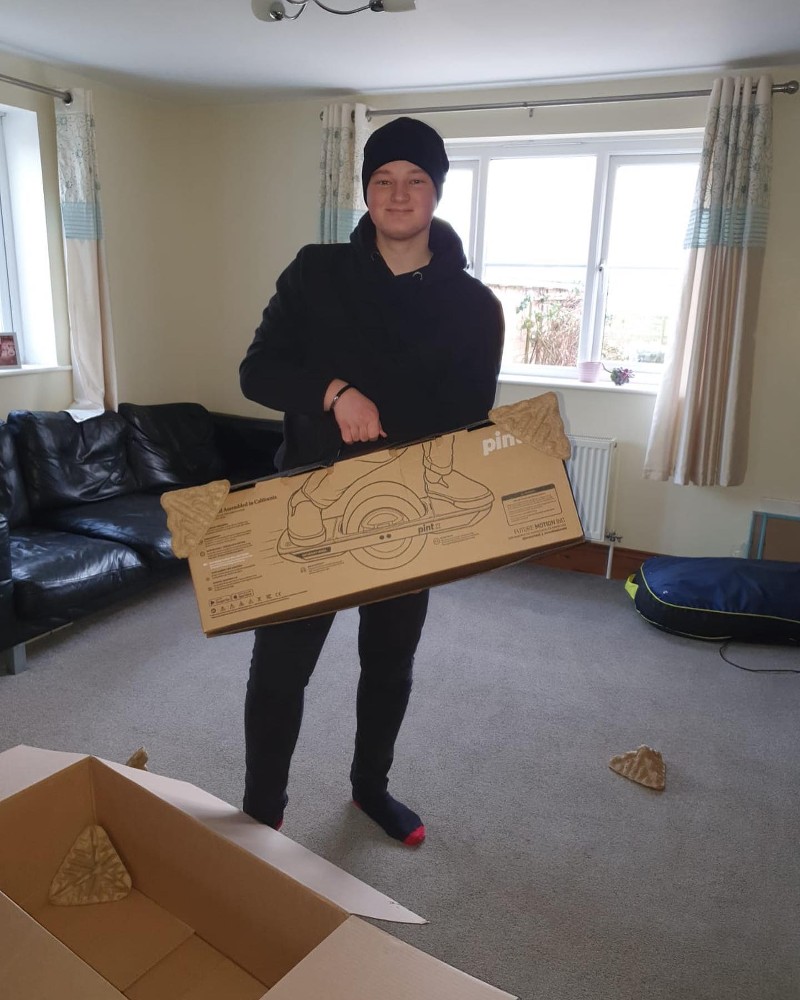 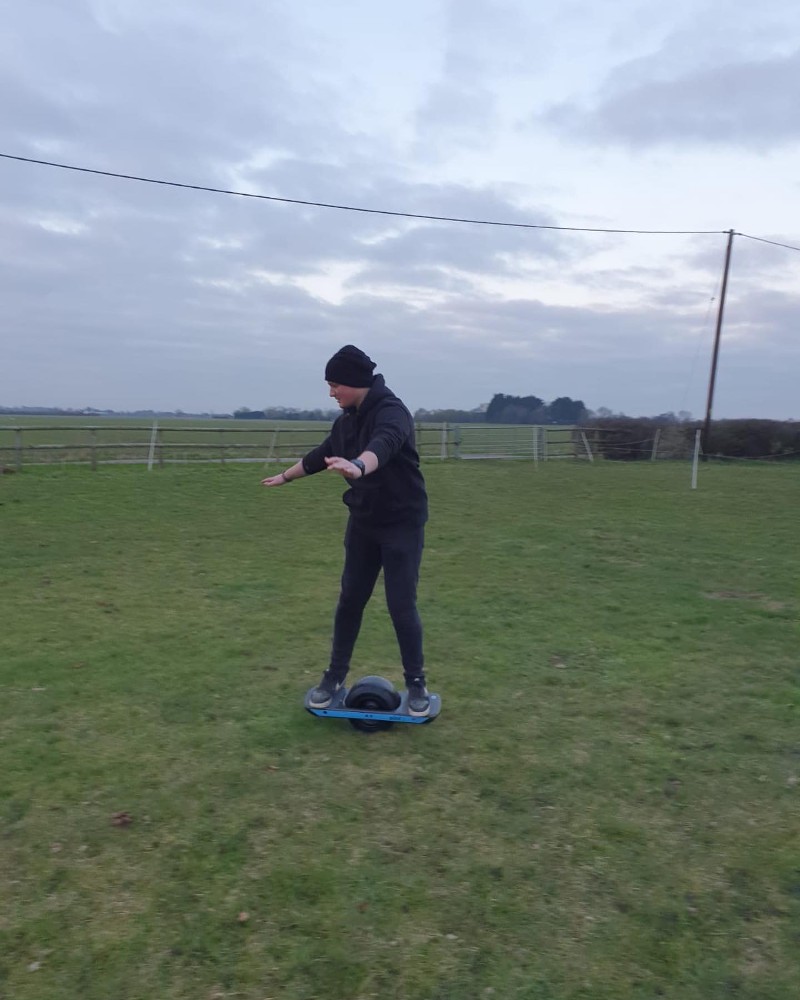 Eighteen  year old Joseph Morley has recently had his dream granted and he ‘LOVES IT’
When Joseph was just seventeen  he fell and hurt his arm.
Shortly after, whilst washing Joseph found a small lump in his armpit, he thought it was due to his fall so didn’t take any notice and forgot about it.
A few months later Joseph got a really bad cough, which lasted over three weeks, during this time another lump appeared on Joseph’s neck.
He was referred to the hospital to have a endoscopy to investigate, but nothing suspicious was detected. The doctors decided to take a biopsy.
The results were not good and Joseph was unfortunately diagnosed with Hodgkins lymphoma.
Whilst having treatment Joseph’s, support team @younglivesvscancer from Addenbrookes Hospital got in touch with The Dream Factory and told us that whilst on a family holiday Joseph had hired an electric skateboard and his dream was to have his own, one day.
Joseph followed ride and glide on social media and told us all about their skateboards.
So we contacted them and was able to get the perfect electric scooter for Joseph
We are so pleased you ‘love it Joseph
Joseph is now doing well, although he still gets very tired, he has returned to college three days a week.
Joseph will be monitored by the hospital for the next five  years.
We would like to say a massive thank you to Drapers Carpentry for sponsoring and helping us grant Joseph’s Dream.
It is with the generosity of sponsors and supporters like Drapers Carpentry that we will be able to continue granting dreams in 2022