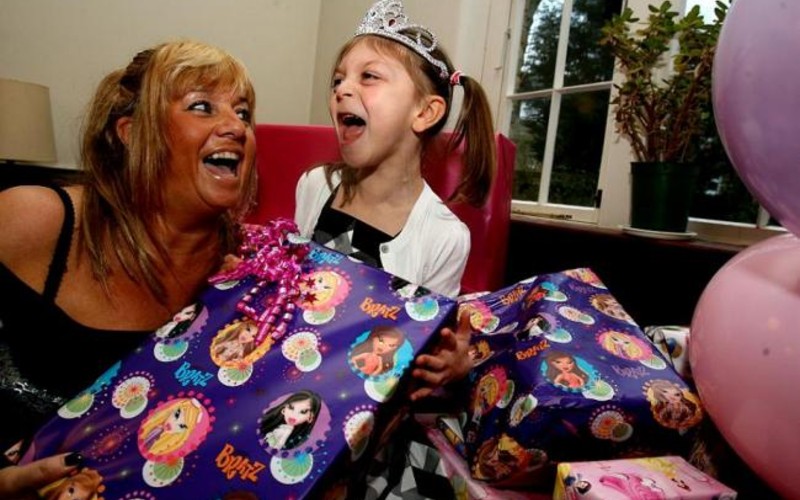 Fixing meetings with the stars and organising trips for seriously ill youngsters is all in a day’s work for the founder of a charity that has granted 200 wishes.

Avril Mills, of High Street, Epping, lost her nine-year-old son Oliver to leukaemia in 1999 and set up The Dream Factory after being inspired by a wish he had to make children’s dreams come true when he grew up.
She was given an office to use in Hainault by South Eastern Electrical in 2008 and has since recruited 30 volunteers, who have just granted their 200th wish, a pink iPad, to a seven-year-old girl with a severe muscular condition. The 54-year-old said: “We’re delighted to have granted 200 dreams. “We started five years ago and had nothing and it’s nice to know we’ve managed to do this.” Among the dreams the charity has made a reality have been flights on helicopters, play houses built in youngsters’ gardens so they can  have their own space and meetings with stars including Lisa Marie Presley and wrestler Hulk Hogan. Mrs Mills said: “The meet and greet dreams are the hardest because you have to have the connections. “Our dream-makers will get on the phone and go out and drive people mad until we can find that person.” She said the charity helped families affected by long-term illness by providing a change from the hospitals many spend so much time in.   “When you lose a child, it affects the whole family and with an ill child, parents go through so much,” she added. “We try and create a good time they can remember forever.” Among her supporters are actor Ray Winstone and MP Iain Duncan Smith and her two children, 25-year-old Emma and Joshua, 19, help out when they can.  “They’re both going to do their own thing, but they volunteer when they can,” she said. “I’m very proud of them. “Now I want to grant 200 more wishes.”
PrevPreviousMurad delivers Easter Eggs to Richard House
NextThe Dream Factory helps wounded soldier Private Mark AllenNext