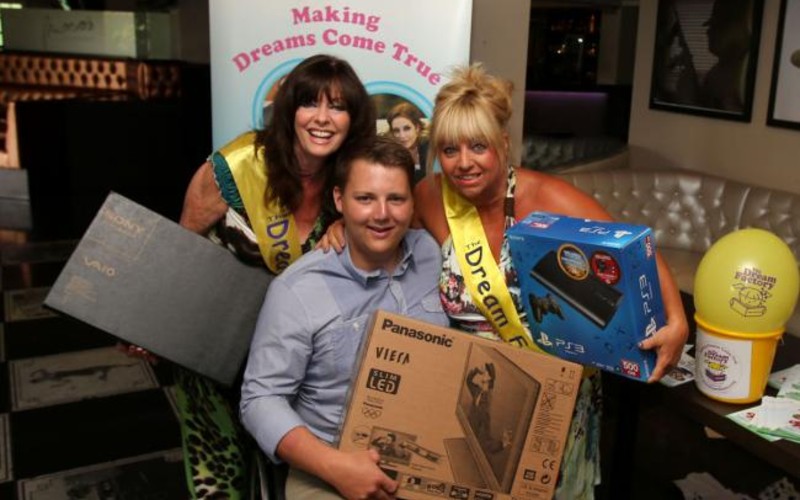 A wounded soldier whose TV, laptop and computer games console were stolen while he was undergoing treatment has been given replacements by a Redbridge-based charity.

Private Mark Allen, from Norfolk, had both his legs amputated after he was injured while fighting for the British Army in Afghanistan.  And while he was on a visit to London for rehabilitation the 22-year-old was left devastated after his belongings were stolen when his car was broken into.
But Hainault-base charity, The Dream Factory, has stepped in to replace the items after its patron and former ‘Allo ‘Allo actress Vicki Michelle heard about his story.
He was presented with a Sony laptop, television and Playstation 3 by Ms Michelle and Dream Factory founder Avril Mills at Mooro’s Family Restaurant in Abridge Road, Chigwell, last week. Visit www.yourdreamfactory.org for more information about The Dream Factory, which is based in Fowler Road.
PrevPreviousAvril Mills looks back after granting 200 wishes
NextSpeaking Out: Avril Mills on the Dream FactoryNext