Get to know Avril Mills – Founder of The Dream Factory

Q For readers who may not know  The Dream Factory, what do they do ?

A I set up The Dream Factory children’s charity in memory of my son Oliver who died at the age of nine on 14th September 1999 from Acute Lymphoblastic Leukaemia . We grant dreams for children and young people from the ages of three to 25 with life-limiting, life-threatening, and severe disabilities.  The aim to give them a very special memory, or help them to get through  very tough times in hospital.

Q What do you love most about your charity ?

A What I love the most about The Dream Factory  is the family atmosphere  within the Dream Team , and seeing the wonderful smiles on all the children’s faces when their dreams come true.  I also love the fact that all our dream makers are volunteers.

A I look back on the last thirteen years  and see 508 dreams – how did that happen ?  It’s just amazing how I’ve managed to keep us going through thick and thin.  We are a very small charity, but we have an amazing selection of famous patrons, from Ray Winstone to Harry Redknapp to Kevin Nolan , Sir Iain Duncan Smith to  the Archbishop of York, Vicky Michelle to Gillian Taylforth, Colin McMillan to Michael Watson and Anne Wafula  Strike to Christine Ohuruogu ……… Just to name a few.

A There are many dreams that really stand out to be honest, but one that comes to mind is Ruby’s dream.  Ruby had a brain tumour and she desperately wanted a puppy.   First of all we took Ruby and her mum to Battersea Dogs Home for a VIP tour and out for her favourite meal in London.  Then Ruby and her mum eventually found the perfect dream  dog which The Dream Factory funded and she named him Star (see below).  Unfortunately, as predicted Ruby passed away a few months later.  This dream touched all the dream team’s hearts – we are so pleased that Ruby had Star’s company in her final months.

A  The West Essex community have been vital in playing a big part in keeping the Dream Factory going.  Keeping our local supporters informed on everything is very important.

A We do have some events coming up, which is brilliant as everything got cancelled last year (with the pandemic) leaving us £80,000 down on events.  We have our Kids Helping Kids Campaign, asking children to fundraise for less fortunate children.  We have our VIP 500 Gold Club, celebrating the milestone of 500 dreams.  We are asking 50 companies to raise or donate £500 in 12 months to raise £25,000.  We have just launched our Mega Christ Dream Draw and we are also hoping to organise another Wheels for Wheelchairs in December.

Q Talking West Essex, where do you live and how long have you been there ?

A I lived in Epping for 30 years.  I love North Weald as it’s quiet, but only two miles from Epping.  During lockdown I found many lovely walks to do in and around North Weald.

Q Can you name some favourite local haunts ?

A Well I absolutely love Ashlyn Farm shop and restaurant.  It’s  spotless, the food is so fresh and service second to none.  I also love to sit outside Harleys Bistro in Epping.  I do love to visit The Kings Oak on High Beech and go The Oyster Shack and Seafood Bar.

Q Do you have a secret about yourself you are willing to reveal ?

A It’d not really a secret, but I was awarded in 2014 the British Empire Medal for services to children and young people and I was also asked in 2021 to be an Honorary Freeman of the Borough of Redbridge 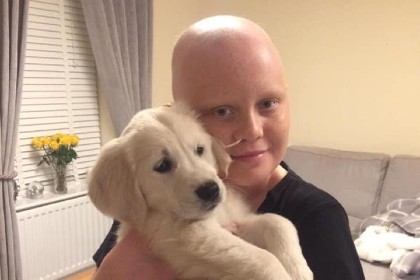