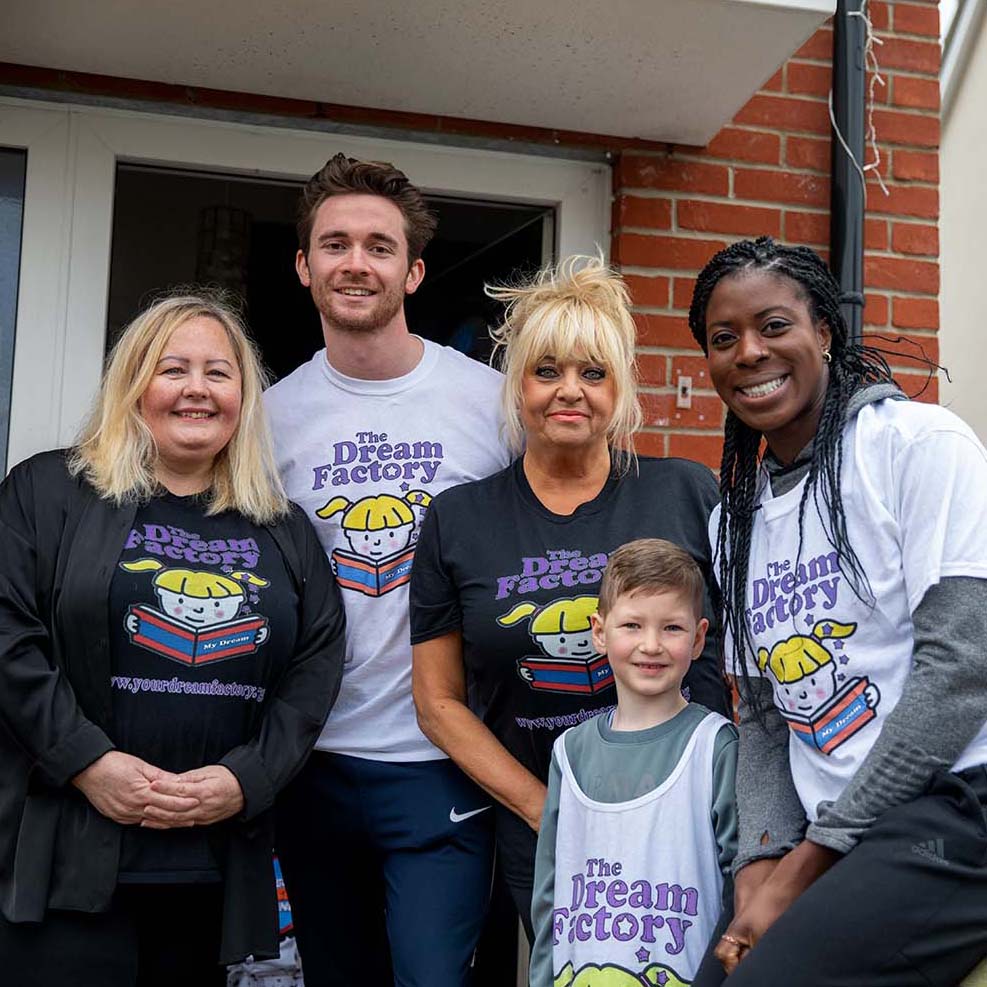 Picture: Jacob with Christine Ohuruogu MBE with Jane Josh and Avril from The Dream Factory.

Hainault based charity The Dream Factory, has launched its Kids Helping Kids campaign, which encourages children to fundraise for others, so more unforgettable experiences can be granted for young people with life-limiting conditions and disabilities.

One of their youngest Ambassadors, Jacob Tompkins, was only given a one per cent chance of survival at birth, and then not expected to walk or talk, following a traumatic delivery.  But the six year has defied all expectations and last month completed a challenge running a mile per day for 50 days.

He lives in Hatfield Peverel with his mum Laura and her partner Abbie, 30, who are also parents to three year old twins Caspar and Ezira. Jacob Tompkins finished his inspirational fitness challenge challenge, Jacob’s Mile a Day on January 9th.  The feat caught the attention of ITN News Anglia and won the admiration and support of former Olympic athlete and Dream Factory Patron Christine Ohuruogu MBE, who joined him for some of the challenge.

Nearly seven years ago, Jacob was born in Broomfield Hospital Chelmsford, and had to be resuscitated  for 22 minutes,  before being rushed to  St Thomas’s Hospital in London for specialist care. While he suffers symptoms related to his brain injury, he has not been hindered by his condition in the way doctors predicted. After just two weeks in hospital, he began developing in a way doctors hadn’t thought possible.

Due to the efforts of ten boys, aged 14, running 5k to raise £3,000 towards a VIP Lapland UK Experience, Jacob finally met Father Christmas in December with his brothers.

Jacob’s Dream was originally to visit Disneyland Paris, but this was delayed, firstly due to riots in Paris and then Covid.  Laura explains how Jacob is now firmly committed to helping The Dream Factory support other children.

‘We were watching the Pride of Britain Awards in October and there were two little boys Hughie Higginson and Freddie Xavi who had completed a challenge so he said straight away he wanted to do the same’ explains Laura.

Hughie was diagnosed with Leukaemia in 2020 and wanted to take part in the Royal Manchester Children’s Hospital’s charity walk but was too poorly to take part.  So, his best pal Freddie stepped up to devise a challenge in his place.

‘A mile is a long way for any child that age’ continues Laura. ‘So, we had to sit down and work how to do it, running laps around the block where we live. ‘ When we started his speed was a lot slower, but by the end he was so good, going so fast’. He’s done amazing. I’m a lot more tired that him when we get back, lying on the bed shattered.  He did it all over Christmas, all through the rain.’

Kindness Helping Dreams Come True is the slogan for the Kids Helping Kids campaign, which is devised so that children can understand that other children have greater needs than their own and face different hurdles.  Several children were inspired to join in during lockdown and The Dream Factory suggest activities such as trampolining, hula hooping,  zoom quizzes and karaoke nights to inspire those at home and outdoors.

Laura explains the next step for Jacob is a family  challenge to continue his desire to raise awareness with compassion.  ‘His brothers wanted to do it ,but they were too young.  They’ll be four in March.  I said ‘give it six months’, because it’s coming up with an idea that’s possible for all of us and he needs a break.’

Jacob’s birth was extremely traumatic for Laurie and Abbie,  but Laura has taken it in her stride with little time to dwell. ‘It was pretty horrendous’  explains Laura.

‘He had a n MRI at five days old, so we know certain parts of the brain are damaged, but it doesn’t affect him physically.  As a mum you want to protect them, so he knows he was vey poorly as a baby and he’s okay now.  That’s all we’ve  said so far.

‘At first, they thought it was the part of the brain that keeps the airway open that was affected so that was pretty hard, because if that had been the case, there is nothing they would be able to do.  But they took the ventilator out before we thought they would.  He couldn’t swallow very well at first.  He had a lot of physio on his arm and leg muscles.  He was diagnosed with epilepsy and at one point they thought he might have cerebral palsy as his arms were very tight.  At school he has short-term memory difficulties.  He is very good at remembering, but forgets short-term things. And he gets a bit worried about being shut in places so he doesn’t like getting in cars, but there’s not much that holds him back’.

Laura’s outlook is as inspiring as her son’s . ‘It’s too much for words.  We’ve gone from being told, “If he survives he’ll neve walk,” to him raising thousands of pounds for charity.  He’s had 259.7K views on TikTok.  We are so lucky and blessed.’

Jacob turns seven in May, and it’s clear this very special , generous little boy has many adventures ahead to fulfil; taking on rewarding challenges many adults would find daunting, with the support of his inspirational family.

What advice would you give to others who want to take on a charity challenge ?

It’s really nice to help others by granting their wishes

What’s the best bit about the challenge?

The best bit was running through the banner at the end and giving the money to someone who needs it.

What do you want to be when you grow up?

Who are your idols?

What other hobbies do you have?

Going on my segway

To donate to Jacob’s Mile a Day initiative visit just justgiving.com/fundraising/jacobs-mile-a-day and to take part in the Kids Helping Kids Campaign visit yourdreamfactory.org 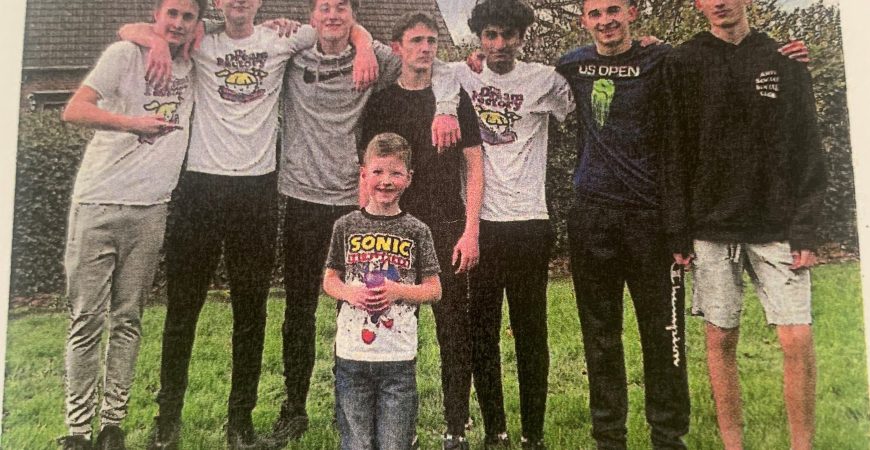