The Dream Factory Pair set off on Arctic Challenge 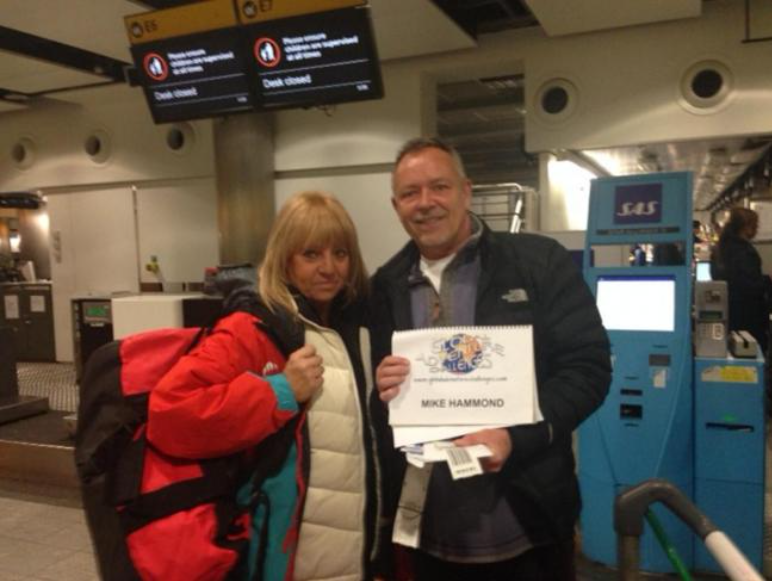 The founder of charity The Dream Factory and a colleague have set off on a 156-mile journey across the Arctic.

Avril Mills, the Epping mother who founded the charity six years ago following the death of her son Oliver from leukaemia, is accompanied by Martin Bye, the charity’s dream coordinator, on the Husky Sled Challenge.
The trip will see them cover 156 miles with a team of huskies and is set to raise £11,000 for the charity, which makes dreams come true for children and young adults with life-limiting conditions. The pair set off from Epping on Saturday and flew from Heathrow to Tromso in Norway for the start of the seven-day trek.  They will be joined by 13 other fundraisers, who will have to learn how to guide huskies, put up their own tent, cook their own food and get used to sleeping on reindeer skins.  The challenge finishes in Sweden. Mrs Mills  said: “This will test our physical and mental strength in some of the most extreme conditions known to man. I watched Prince Harry’s adventure to give me some sort of idea how it might be!  “We will be travelling the distance from London to Torquay in temperatures averaging -20 degrees, so this is no ordinary charity challenge.
“I think I’m the oldest one going, but we’ve raised so much money and I’m doing this for the children and in memory of Oliver.” To support their challenge, visit their JustGiving page at http://www.justgiving.com/huskyartic.