Family of a Harlow three-year-old diagnosed with cancer raise £11,500 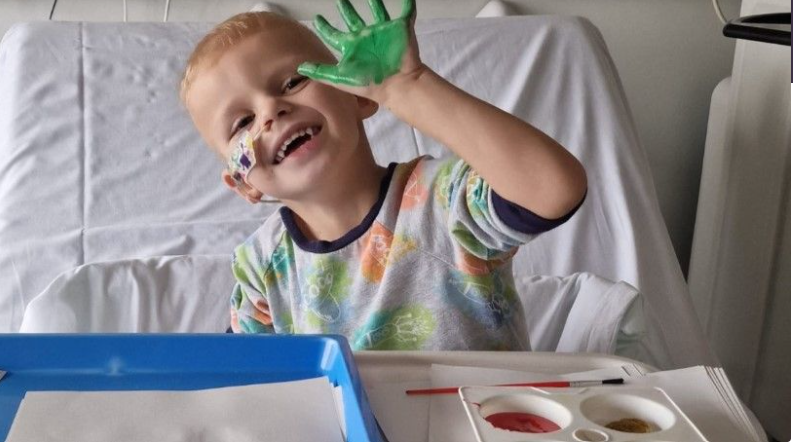 The family of a three-year-old from Harlow who was recently diagnosed with cancer have set about raising money for Essex charity, The Dream Factory.

Quinn Gosnell has been diagnosed with Wilm’s Tumor, a type of kidney cancer, in not one, but both of his kidneys. At the beginning of November his dad, Mike Gosnell, was overwhelmed with the support and comfort of friends and family and wanted something good to come out of all the support so decided to start fundraising for The Dream Factory.

The Essex charity grants dreams to children and young adults between the ages of three to 25, who suffer from life-threatening, life-limiting conditions, or who have severe disabilities. To date, they have granted an amazing 582 dreams and currently have 50 that they are fundraising for.

The Dream Factory was created by Avril Mills BEM, who set up the charity in 2008 in memory of her son Oliver Mills who died of Leukaemia at the age of nine. The fundraising started at the beginning of November with Quinn’s dad Mike and his friends taking part in Movember, but then the support grew and grew.

Quinn recently had to stay in hospital but when he got home he couldn’t wait to sing along to the ‘Beat the World’ Fans Aid song put together by the community in Harlow for the World Cup. Quinn and the family even joined Fans Aid on stage at the Christmas light switch-on in town last weekend.

Quinn absolutely adores Michael Jackson and loves dancing to his music with his siblings. Sunday, November 27, will be his fourth birthday so to celebrate the family are holding a party from 1 pm at The Cock Inn Pub in Harlow.

Quinn’s birthday party will double as a fundraising event for The Dream Factory, and everyone is invited. It’s set to be a great day and will be fun for all the family, with:

There are even some celebrities hoping to attend the event to support Quinn, including: