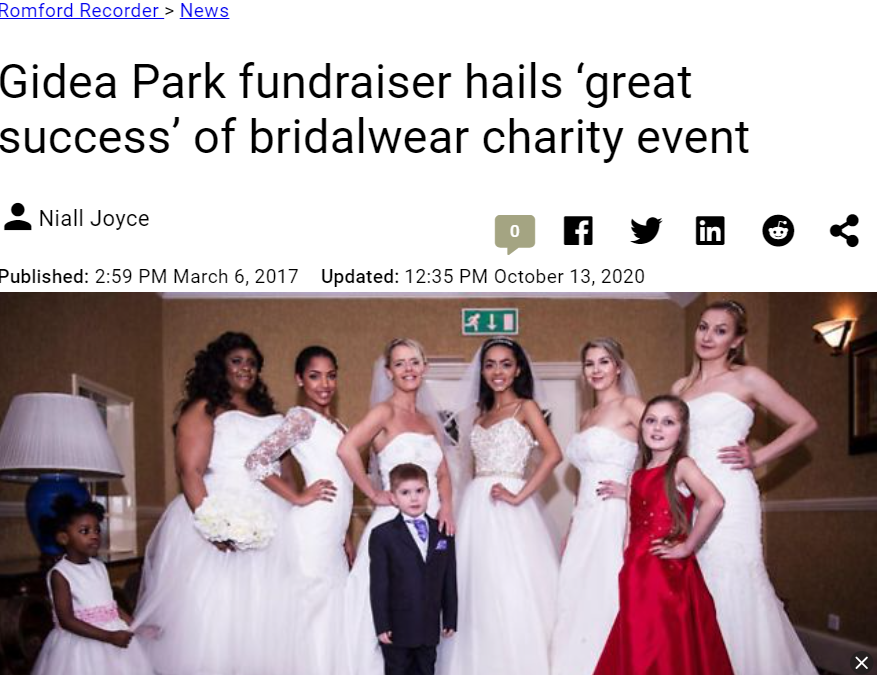 The organiser of a bridalwear charity fundraiser is already planning for her second after the ‘great success’ of her first event.

Jane Meader, from Gidea Park, set up the event, which raised more than £1,500 for The Dream Factory, with the help of the charity’s young ambassador, Honey Fenton, for their ‘Say Yes To The Dress’ sale.

Jane and Honey, whose sister Hope was granted a dream a few years ago, wrote to a number of shops asking for donations and also launched a social media campaign asking brides to donate wedding items which they could sell at the bridalwear event.

Jane said the response was from businesses and people online was ‘amazing’.

“We ended up with about 35 brand new wedding dresses, five dresses – from brides – which had only been worn once, 20 new bridesmaid dresses, 20 flower girl dresses and designer shoes plus various other items,” said Jane.

The event was held at the Hallmark Hotel Prince Regent, in Manor Road, Woodford Bridge, on February 26 and some of the dresses are still being sold which will increase the total amount raised for the Hainault-based charity even higher.

“We had a fabulous fashion show and all the models were staff at the hotel who volunteered, along with some of our ‘dream’ children.

“The day was such a great success We are already organising our next sale.