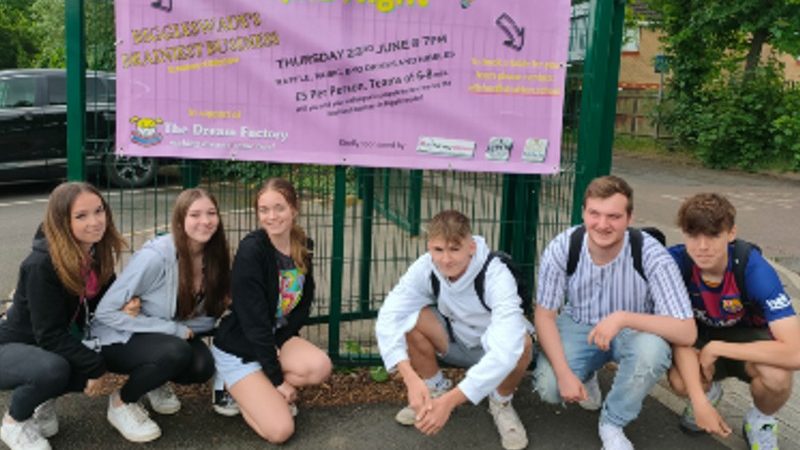 Kindhearted Biggleswade students raised over £1,500 to honour their animal-loving schoolfriend who died from a rare form of bone and blood cancer.

The Afterschool Enterprise Club at Stratton Upper School raised an impressive £1,692 thanks to a charity quiz in memory of Ruby Joyce, who died in 2019 from Ewing Sarcoma.
All the money raised will go towards The Dream Factory, a charity that helped the brave 13-year-old adopt a puppy to love and care for during her final days.
Angela Fisher, teacher of Business and Finance at Stratton Upper School, said: “This year the students wanted to organise a charity event and a quiz night was the favoured idea.
“When asked about which charity they wanted to support, it was an easy choice. The students are the same age as Ruby and include some of her closest friends.
“This has made organising this event quite personal and they love the fact that the money they are raising is going to The Dream Factory.”
The Essex-based charity grants the dreams of children and young adults aged three to 25-years-old who have life limiting or threatening conditions, or severe disabilities.
The Dream Factory arranged for Ruby and her mum to have a VIP Day visiting Battersea Dogs Home via a limousine, which was filled with dog balloons and goodies.
A charity spokesman said: “Afterwards, Ruby and her mum were treated to lunch at one of Ruby’s favourite restaurants Dip and Flip, which serves burgers drenched in gravy!
“A few weeks later, The Dream Factory presented Ruby with a Golden Retriever puppy, which she named Star.”
Star helped Ruby through her treatment and the courageous teenager adored Star, even teaching her a few tricks.
The spokesman added: “Ruby’s mum Anna is devoted to Star as she is the special memory of Ruby.”
The charity quiz was held on June 23 and the winning team was from local business Node IT Solutions Ltd, which was officially crowned Biggleswade’s Brainiest Business 2022.
The school wishes to thank Satchells Estate Agents, Surfin Café and Harvey Robinson, who kindly sponsored the Quiz Night.
PrevPreviousBiggleswade Students hold quiz in Honour of Ruby
NextAMAZING £40,000 RAISED AT MOSS ELECTRICAL CO GOLF DAYNext