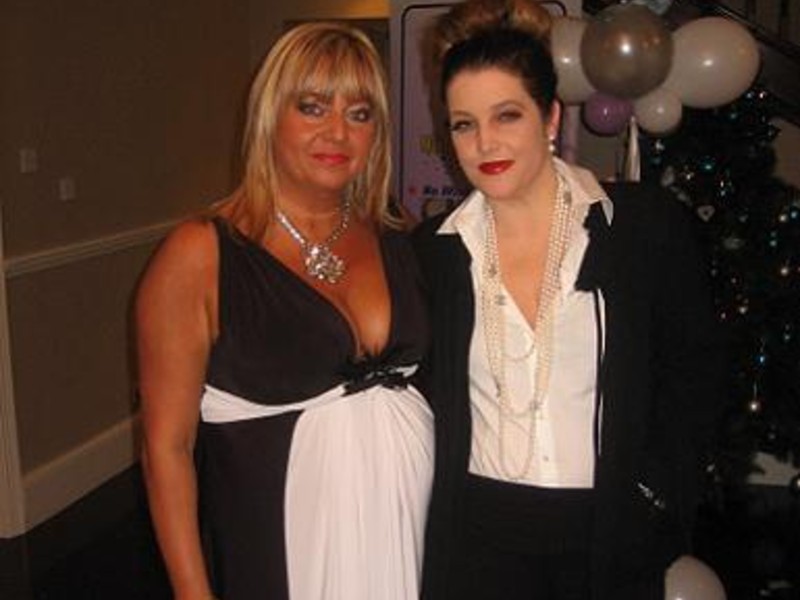 ELVIS’ daughter has vowed to become a patron of a charity after being impressed by its work at a fundraising ball.

Lisa Marie Presley was one of the celebrity guests at the Snowball held at the Prince Regent in Chigwell on Saturday in aid of Hainault-based charity The Dream Factory.

Actors Ray Winstone and Sid Owen, who are both patrons of the charity, and Amanda Redman were also among guests at the star-studded event, which raised £59,000 towards granting the wishes of terminally-ill children and those with life-threatening illnesses or disabilities.

Organiser Avril Mills said: “We have granted 83 dreams in under three years, so the money is going to go towards a lot more dreams. It costs between £500 and £5,000 for a dream.

“Lisa Marie Presley was very nice and she now wants to become a patron of the charity.

We talked about the charity and she brought a big framed picture of Elvis, which she got flown over for The Dream Factory from Graceland, and that raised £7,000.”

More than 280 people from all over London and Essex, attended the ball, which also included performances from dancers and a show band.

To donate to the charity, visit the website www.yourdreamfactory.org